Hello cruel world, welcome to the Detroit party. Forget all your troubles, lay down your cares, everything is waiting for you … downtown.
Credit: Metro Times

What a wonderful holiday weekend – best DEMF since 2000. Not only did we have amazing weather, but we had the privilege of hosting Steve & Amy up from Hotlanta, as well as Jamie in from Oregon. I’ve posted some of the photos I took from my cellphone in the gallery, with more from a real camera uploaded as of 6/15/08.

Last weekend was the highly anticipated 4 day holiday weekend. I can’t tell you enough how happy I was to have a few extra days off work… Anyway, a quick rundown of the weekend’s activities:

And that brings us back to the present. As much as I enjoyed having 4 days off, IT WAS A LOT OF WORK!

It had to happen sometime, but our favorite quasi-legal after hours venue the Fi-nite Gallery was closed indefinitely this past Friday night after a series of raids by the DPD. Coincidentally, I was booked to DJ at the gallery Saturday night. Pissed much? Yes.
RIP Fi-nite – we had many great drunken nights at Brooklyn & Plum.

Fi-nite’s sudden closure did however leave me with an evening free to explore another old friend, Oslo. 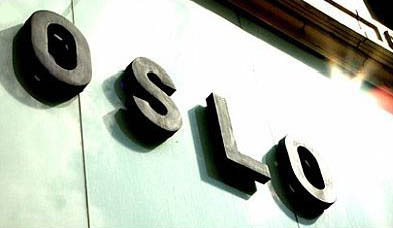 Oslo suffered a similar fate last winter when the owner abruptly closed up shop after some shady check writing and a lot of debt. It’s reopened now with new owners, and even though it’s been closed for almost a year it’s much the same as it ever was. On a side note, apparently the neu-hipster movement is in full swing in Detroit. If I have to see one more person with a v-neck t-shirt and an emo haircut, I’ll puke. No joke.
Besides that, it was still a toe-tapping, head bobbing, drink-too-much-gin kind of night.

So with the demise of one techno-haunt in town, comes the reopening of another.

Life and death, the circle of (night)life.

Good times, with good friends. It’s a game of Bocce Ball and another drunken 5 hours of Catch Phrase. Many a good time can be had with Catch Phrase, but they really should put a disclaimer on that game that states “it never ends”. That’s exactly what I was thinking when I drove home at 5 am (pre-daylight savings time).

You know the old saying, nothing good happens after 2am? Don’t believe it… We went out Saturday night to THE Detroit afterhours spot, the Fi-nite Gallery in Corktown (a block from old Tiger Stadium) to see Kevin Saunderson play, and he did not disappoint. You know it’s going to be a good show when doors don’t open until midnight, and he goes on at 3:00am. Saunderson is one of the Belleville 3 – one of the originators of Detroit techno – and to see him in an intimate location for just a few bucks made my weekend. 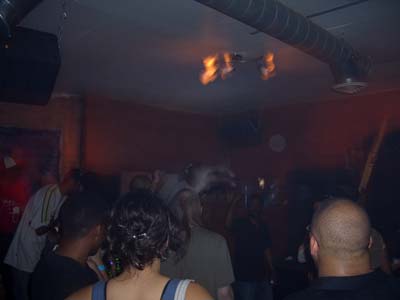 Outside the Fi-nite looking downtown 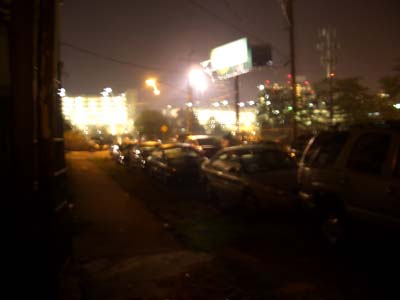 Outside the Fi-nite looking at old Tiger Stadium 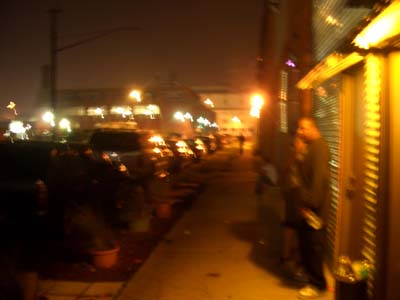 If you’re curious, bed time was 6am… 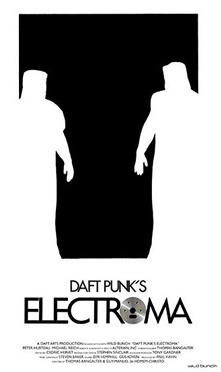 When Phil first told us Daft Punk‘s limited release movie Electroma was playing in Royal Oak, my first reaction was something like: “OMFG!!!!!!!!11one”. I wanted to badly to like the movie, but in the end we spent $6.50 each and an hour and a half in the theatre, and I was left feeling cheated.

The basic plot premise is 2 robots who desire to be human, but in the end realize they can never be. Yes, it’s been done before, but that didn’t matter.

Without giving too much away, the movie was 75 minutes long but could have run 15-20 minutes and still delivered it’s punch. The 10 minute opening sequence of nothing but the robots driving a car through the desert started the whole movie off in a way that made the audience wonder what they had gotten themselves into. I know this because everyone was speaking out loud and bored of it already. Then add in the gratuitous 10 minute shot of the robot equivalent of plastic surgery, the 10 minute trip of a bathroom florescent that won’t stay on while the robots stare longingly, and a few more way-too-long shots of the robots walking alone thought the desert 2 or 3 different times, and you’ve got 3/4 of the movie that really did not have to be there. I understand using monotony as a plot and emotional device, but come on!

Final verdict:
Visually, the movie was stunning. The bathroom & the climactic scene were pretty amazing & trippy at the same time. However, the way it just dragged on with the same shot for minutes at a time was annoying. 75 minutes could have been condensed to 20-30 minutes and kept the attention span of the audience.

Add Bjork to your list of performers you need to see live before you die.
No joke.

Christa, myself, Jane, Jacqui, & Paul went to the Virgin Music Festival on Toronto Island last week, and Bjork made the 2-day concert completely worth the trouble, and it was close to the top of the best live concert/music experiences I’ve had EVER.

I’ll be honest, the last thing I wanted to do was go out last night and have to get up early this morning and fight the hangover haze. But when did that ever stop us from going out? We stopped by Club Bart in Ferndale last night, and caught an amazing live jazz/funk band, and an early night turned into a close-the-bar-out night.

I didn’t know it was over, until it was too late 6

I admit it, it’s my fault. I didn’t make it to the Detroit Electronic Music Festival (DEMF) at all this weekend. I feel like I owe an apology to a lot of people for plans made, and plans broken.
To Jason, Justin, Phil, Jeremy and others: you were right. Now that it’s over, I’m regretful I didn’t go. I know I intended to meet up with you all several times over the weekend, but it never really panned out.
To the city of Detroit & Paxahau, sorry I let you down. You know I’m still proud of you and will continue to support.

Without going into too much detail, between the crappy weather on Saturday and family obligations on Sunday we were pretty much limited to going on Monday. Unfortunately, today by the time we got around to it just didn’t seem fair to pay 60$ for the two of us for entry and parking downtown for just a few hours.

And the moral of the story? If I had ponied up prior to Friday I could have gotten 2 weekend passes for both Christa and I for a few dollars more than what it would have cost us to get 2 individual day passes. It probably would have meant we would have gone for a few hours here and there instead of waiting for it to be over to meet up with friends.