In: Monty and GME

It was really no surprise that this afternoon the neurologist confirmed Monty’s GME relapse, so we’re starting over with his treatment of: 15mg Prednisone twice daily, 50mg Cyclosporine once daily, 10mg Omeprazole, and he had the first of several planned Cytosar injections today.

The good news is that he seems to be responding favorably to the heavy medication as he is more active and aware. The doctor did note a neurological deficiency with his left rear leg, which coincided with the abnormality we experienced with his front left leg. Luckily his CBC levels were back to a normal level after being low earlier this year so at least we are not starting with a treatment deficit as that would not bode well for his long term outlook. It’s going to be a rough couple of weeks to get through the worst of the side effects, but we remain hopeful we can make it through with him.

In: Monty and GME 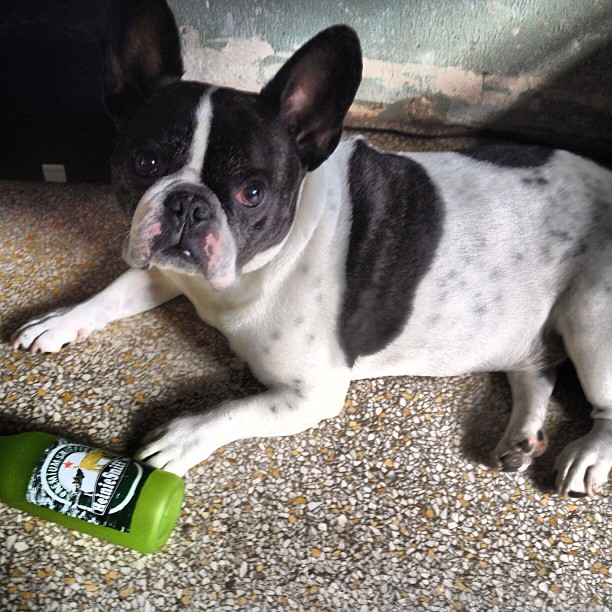 We had been excited to reach the 1 year anniversary since Monty’s diagnosis with continued good news about his status and prognosis. He’s been one of the lucky ones having fought back from the brink of death for 347 days. It’s been a daunting road, draining mentally, physically, and financially, but the rewards during that time have been enumerable and unquantifiable. Unfortunately, it’s now apparent he has suffered a relapse.

All of his current symptoms can be explained by a condition once called Beagle Pain Syndrome, but has since been renamed as Steroid-Responsive Meningitis-Arteritis and recognized as a form of GME.

Beginning Wednesday, Monty experienced acute onset neck pain, loss of appetite, stiffness, change in stance (hunched appearance), weakness, and jaw pain. Thursday we went to see the vet, and started him back on 10mg Prednisone 2x daily with 50mg Tramadol 2x daily to try to manage the pain. We’re waiting to determine the next steps with the neurologist, but the voicemail I just received indicates we will also be restarting Cyclosporine, Omeprazole, and possibly Cytosar. So far he seems to have quickly rebounded with the initial medication, though I have some fear that’s only due to the Tramadol.

We’ll know more soon and will pass it along as we can.